I apologize for the radio silence of late. I’ve been reflecting on some deep truths and adjusting to life after a half year of traveling. I am excited to be moving to Washington state in two weeks! Back to the working world of 8-5 but still writing!. This is a short post with an excerpt from my second book in progress-

Queer and Bloating in Wyoming: an American Manic Roadtrip.

“You’re probably bipolar.” Three words and a contraction. Full diagnosis for half of a life’s sentence. I’m introspective as fuck. How the hell did I miss this? Tack that on to the quantum list of ceaseless questions gaining traction in my mind grapes every day. It’s like finding out you’re adopted after always suspecting you weren’t born into this family.

This is not a death sentence it’s a relief to know there was a method behind the madness. #stopmakingsense

Looking back at my life and the past 9 months or so I see bipolar littered throughout my life. Things make so much Fucking sense seen through the lens of bipolar mood disorder. I was manic for the first time in my life at least 4-5 months. How did it take me so long to realize this?

This is also the longest I’ve ever been sober in my adult life.

6 weeks might not seem a lot, but it’s enough to get a report card in school or have a wild fling or to reflect in silent locked solitude. #soulittude.

I’m sober because this has been the longest stretch of depression in my adult life. Which was preceded by the longest period and first full blown mania I’ve ever experienced. 5 months of mania and I didn’t see it until my depression kicked in.

Coming off of my medications proved to be more destructive than ever expected. And my support system had lost a lot of its legs. I don’t think I would have found the link to bipolar had everything gone perfectly to plan.

There were points in my trip I was a madman chugging down miles of interstate; casting off vestiges of former friends & life. I was radically free for the first time ever. But how much of that was real? I’ll never really know.

Photographs, a journal, and new diagnosis will help light the way. 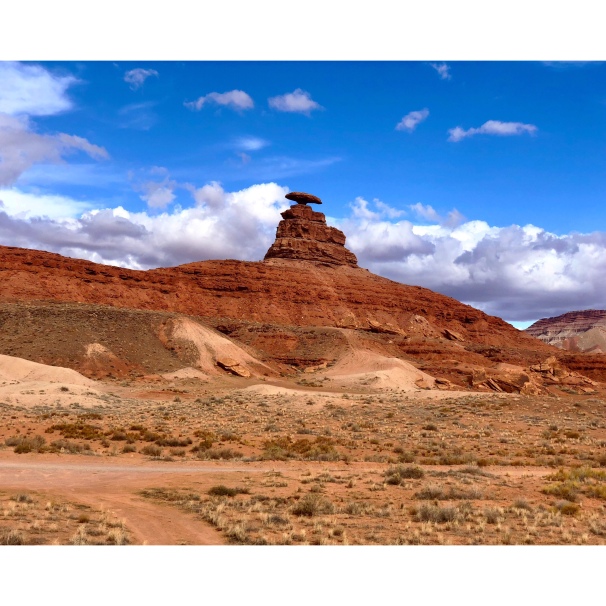 I put a lot on my plate. More than was intended. The brilliant adventures I was seeking occurred almost daily. Writing a book in the midst of moving while on a roadtrip definitely checked a few boxes off the bucket list. There was an undercurrent of proving myself that occurred at the very onset of my leaving due to several friendships ending within the same week I received a lot of unexpected attention 3 days after publishing my website. The financial, emotional, mental stabilities I had worked years to achieve began to unravel. I had money to burn and institutions to scorn- thumbing my nose at the traditional relational levels.

As a mental health professional I know that on paper it’s not normal to feel suicidal. I have intervened on the behalf of clients, friends, and family members who have reached that point in their lives.

The Eureka moment came when I realized I had been suicidal every day for a month and it clicked, “oh that’s not a normal reaction.” Yet the many times I have gone there in the past it’s become second nature to spiral down so quickly.

I speak of Suicide prevention yet have been be dealing with those same thoughts off and on for a while.

What would my life have been like if I had been diagnosed as a teenager? How many hardships and years of substance abuse would have been avoided if this was caught back during the days of teenage wasteland?

It makes me wonder how many other people are misdiagnosed or overcompensating or not compensating for unseen and undiagnosed factors in their lives.

This is the longest I’ve been sober in my adult life.

Mania started in June and didn’t end until December 2018. This was the first time I’ve ever had a full blown manic panic. The first depression in a decade began at the end of April. I see that now.

This past summer was the most free I have ever been. no medications, no job thousands of dollars in hand, and a point to prove I had nothing left to anchor me.

I’ve always had a reason to come back to sanity before.

The mania was in full swing in July but I didn’t know it. Still I flew off the porch unhinged and wild. I railed at the nails on the floorboards of the life and some people I loved whom I was leaving behind.

I was out of control and didn’t know how to stop.

Past actions each a bead of water pregnantly paused in a spider’s web. All connected but still retaining their structures and individual forms. Then down comes the web and washed the spider out. Scarcely aware of the razor-thin tightrope this itzy-bitzy was walking. Figuring out you’re bipolar at America’s most recently active volcano while 33 years old.

The signs were there but they went into hiding and were manageable or I explained them as just reaching my breaking point. The thought of bipolar had crossed my mind, but I never had a full blown manic episode until this last summer.

My former depression could always be explained with circumstances- angst due to combatting unwanted sexual desires with Jesus to no avail, or the loss of a relationship or goal. I never considered it could be chemical or genetically related.

The severity and length would last depending upon the circumstances too. If things were generally going well for me I could snap out of a depressive episode in a jiff. I haven’t experienced the lows of a depression so intense since I was suicidal in China.

The confusing aspect of mania is looking back and wandering if you ever lived a happy moment or was each moment just a flicker of the filtered mental ethers. It all laid out like a wick of a long fuse a Jungian subterfuge weaving its way around the bipolar possibility. Self-aggrandizing in so many moments. I’m tired of talking about myself. It’s so hard not to condemn yourself or previous actions. I don’t want to be selfish or cause someone to bear the brunt of my pain. I use this as an execution ground. Dying to parts that no longer serve me and nurture the people and strengths that are in my favor.